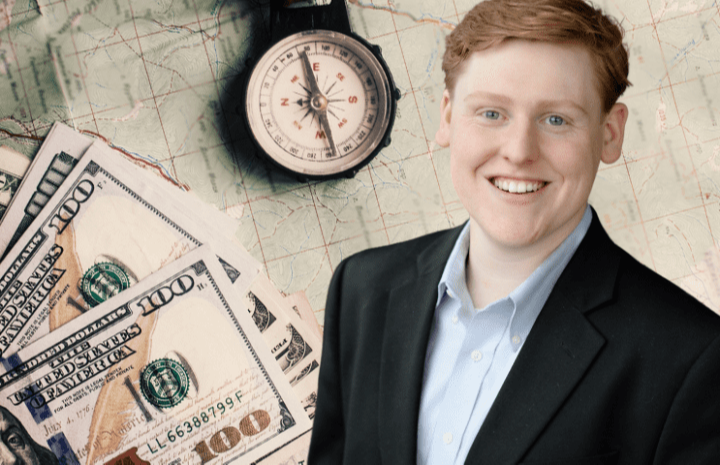 How much do you spend each month?

I recently read Making Money*, a satirical fantasy book by Sir Terry Pratchett in where the main character, Moist Von Lipwig, becomes the caretaker for a dog who was bequeathed a 51% controlling interesting of the city’s bank.

While inspecting the bank he meets an employee who has created a contraption to replicate the city’s economy by filtering water (representing money) though a series of tubes, valves and buckets that represent areas of the economy where money might end up (taxes, real estate, bank accounts).

The employee laments the project isn’t working properly as water keeps leaking and none of the buckets end up with an accurate amount of water.

Moist reassures the man saying the leak proves he is closer to perfection as: “Everyone knows that at the end of the week you never have quite as much money as you think you should have.”

At Freedman Financial, when we ask clients “How much do you spend each month?” We are often met with “I don’t know” or a figure that is sometimes 20-50% lower than their actual spending. So why are people unaware of where their money goes every month?

It’s often easy to list large expenses like your mortgage, insurance costs, groceries etc. However, it’s easy to forget about one-off expenses (dining out, travel or items you purchase via Amazon). This typically leads to spending estimates that are far lower than what clients spend. So, the million-dollar question becomes “Is there an easy way to accurately estimate my spending without having to enter every transaction into a software system like Quicken?”

If you want to go more in-depth, another method to determine your spending is to go back and calculate how much have you spent over the last 6 months. No need to detail every transaction, simply follow the below steps:

We have found that either of these methods are incredibly valuable in helping clients determine their spending and taking the first steps toward getting their financial house in order.